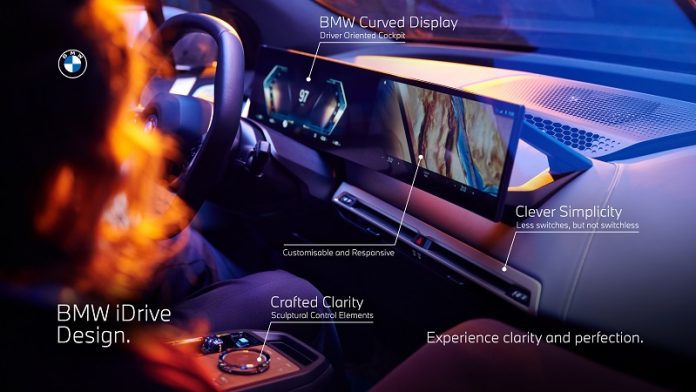 For modern cars, the plumed and semi-erect standalone, basic geometry display in the center of the dashboard has been monotonous, something of a default for the longest of times. But with its next-generation iDrive 8 system, BMW is widening the landscape of design language by setting in motion what it calls the “BMW Curved Display,” which takes this idea to the next level by expanding that center display all the way through the cockpit. It’s actually still two screens, the 12.3-inch information display, and the 14.9-inch control display, which looks as seamless as a single curved display that BMW describes as giving an “appearance of almost floating.”

The New Curved Display will set its steps with the new iDrive8 system in the upcoming all-electric iX and i4, which should arrive later this year.

While the company is adamant about not spilling too many beans before the launch about the underlying technology stack just yet, BMW is willing to give hints that its new stack is able to process 20 to 30 times more data than the previous system. 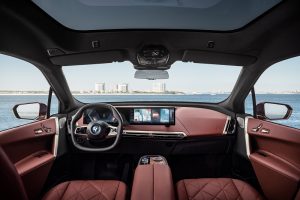 The company teased with its first glimpse of the new layout when it announced iX last year, keeping the details of the new iDrive 8 system behind the curtain, which would eventually be the show stopper.

At the core of it is, unsurprisingly, a wholesale redesign of the user interface. Drivers will be able to choose between different layouts, for example. There’s a standard “Drive” layout, which will feature “a dynamically changing area in the center of the information display to show individually selectable information.” There’s also a “focus” mode for “dynamic driving situations,” a “gallery” layout that minimizes driving info in favor of other widgets from apps like your media source and, for when you just want to drive and be left in peace, a “calm” mode that only shows your vehicle speed in the center of the information display, and virtually nothing else.

There will be 3 driving modes to select as well, efficient, sport, and personal, which allows the user to change some of the core driving experience settings like engine throttle, steering characteristics, and chassis settings, as well as the audio characteristics of the car.

For maps, which are probably still the most often used app in any car, there are also three different modes (adaptive, reduced, and expanded), all going back to the central idea that the drivers should be able to decide how much information they want to see. 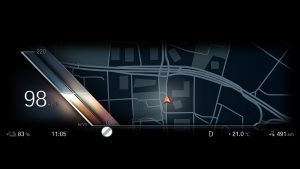 BMW acknowledges the high degree of personalization by providing the ease to use the features at the user’s beck and call without making them overwhelm and to be honest drivers want that functionality.

And talking about personalization, with the BMW ID, the company now offers a new system for saving those personalized settings on your smartphone and the new My BMW app.

With this update, BMW is all set to launch the next generation of its BMW Intelligent Personal Assistant which is built on top of Microsoft’s Azure Cognitive Services, the improved in-car assistant will able the driver to interact with the user interface providing a better degree of understanding and efficiency through a more natural dialog, but in addition to voice interactions, BMW is now also adding more visual components and integrating the assistant with its gesture recognition capabilities.

The amount of information being conveyed via nonverbal communication is high, The BMW Intelligent Personal Assistant has thus been upgraded with a greater focus on how it is presented visually. This new visualization approach features spheres of light in differing sizes and brightness levels, giving the assistant more space and new ways of expressing itself. This visual image also gives it a “face” with a clearly visible point of focus and identifiable states of activity.”

This new operating system will also support remote software upgrades like the iDrive 7 systems. The car’s built-in SIM card and cell connectivity (up to 5G for the iX) or through the My BMW app would make this possible.

The Company is also concerned regarding the current global shortage of semiconductors that has led some car manufacturers to slow down production. Thus, the company has also started developing alternative measures for the engineering side.

Healthcare and Robotics: The Perfect Marriage

AT & S lends helping hand in fight against COVID-19 in...