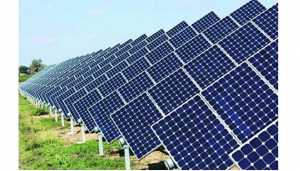 Solar power agencies of the central and state governments have scrapped bids for projects aggregating 9,000 MW capacity, which will lead to a flat growth in capacity addition next year and cloud the goal of achieving 1 GW (giga watt) of solar power capacity by 2022, industry data shows.

The cancelled tenders represent half of the 18,000 MW bid out by these agencies till August. The cancellations coincide with the pace of solar capacity addition dropping 52% to 1,599 MW in the April-June period from 3,344 MW in the January-March period of 2018.

Solar Energy Corporation of India (SECI) and solar agencies of Maharashtra, Gujarat, UP and Karnataka cancelled tenders after failing to get tariff bids below Rs 2.44 per unit, the lowest discovered during bidding of Rajasthan’s Bhadla solar park project in May 2017.

Enthused by this rock-bottom tariff, SECI introduced reverse bidding with a ceiling of Rs 2.50 per unit. “Capping solar tariff has resulted in poor response for SECI’s recent bid for 2,000 MW, which received bids of 3,300 MW. In comparison, NTPC attracted total bids of 6,300 MW against a tender for 2,000 mw without a cap,” an executive of a solar developer said.

The tariff cap and cancellations have introduced uncertainty for solar power equipment makers and importers as well as project developers. As a result, bids are becoming more realistic, while the tendering agencies remain stuck on finding new bottoms. Unrealistic tariffs have made it difficult for developers to find financing and equipment. Delays in clearances are adding to their woes.

“The drop in solar installations in Q2 (calendar year) of 2018 after four consecutive quarters of growth can be attributed to uncertainties around trade cases, module price fluctuations, and PPA renegotiations, which contributed to a slowdown in tenders and auctions in 2017. All of this resulted in a weaker project pipeline for 2018,” a report by green energy market tracker Mercom Capital quoted its CEO Raj Prabhu as saying last month.

“Due to uncertainty around the safeguard duty, auction activity in the first half of 2018 was weak, which will result in a smaller project pipeline for large-scale units for 2019. We expect the market to freeze for 3-6 months following the safeguard duty announcement,” he said. 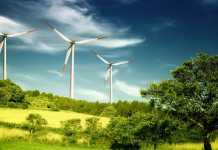 100 MW Solar Power Project to be developed in Gujarat