Aiming to Build a Hybrid Airspace 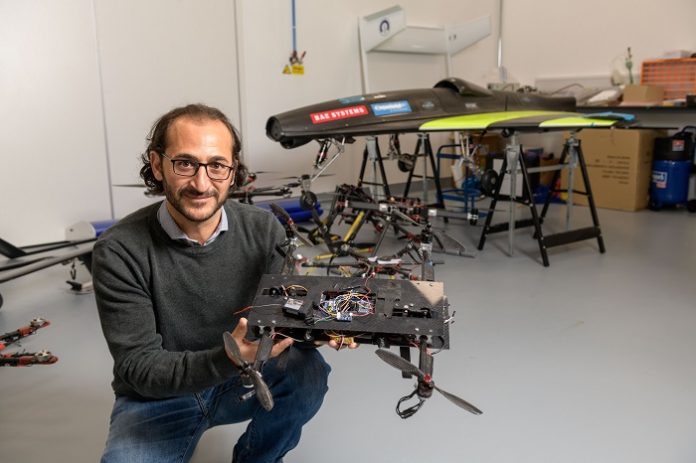 Uncrewed aerial vehicles and operations are already bringing benefits, such as improving medical logistics for isolated areas or enabling inspections of difficult-to-reach infrastructures such as high masts and wind farm turbines. But a transformation of air traffic management (ATM) capacity and systems is needed to open up a new age of commercial opportunities for the aviation sector, as well as drone-enhanced public services: urban air taxis, cargo and delivery services, security operations, healthcare support and environmental monitoring.

According to a report in 2021, uncrewed and autonomous aviation will unlock £42 billion for the UK economy by 2030 through cost savings, productivity gains and new jobs.

A new report published sets out how collaboration in the aviation industry can increase much-needed levels of automation and autonomy in ATM, and meet safety standards for uncrewed traffic being set out by the International Civil Aviation Organisation. With this established, elements of hybrid airspace are predicted to be in place from 2024.

The new picture of a working UTM (Uncrewed Aircraft Systems (UAS) Traffic Management) underpinned by blockchain-style technology, has been based on a research partnership between 13 consortium partners, including Cranfield, Heathrow Airport, IAG, NATS, SITA and Oxford University as well as UK-based startups and small-to-medium enterprises.

Progress to the creation of a UTM will be accelerated by the use of a package of technologies that increase levels of transparency and trust, says the report. In particular, Distributed Ledger Technologies (DLTs)—similar to the blockchain technology—can be used to ensure there is secure registration and identification of the different users in the airspace, improving safety and cybersecurity, and interoperability between the stakeholders involved.

A DLT allows thousands of independent computers to share oversight of the history of data (who did what and when). The system includes “smart contracts,” controls over user actions backed up by coded security. Artificial Intelligence will enhance cybersecurity measures for the DLTs, allowing for constant real-time data collection, processing and authorization during operations.

“To access the huge potential benefits of a new kind of airspace there has to be more automation and autonomy—but that can only happen with watertight systems and a shared sense of trust.”

Yann Cabaret, CEO of SITA FOR AIRCRAFT says that “not dissimilar to the wider air transport industry, the successful introduction of Uncrewed Aircraft Systems will rely heavily on secure data exchange between operators, airports and air traffic management. Through this research partnership, we are confident that using DLTs will improve the flow of actionable data between transportation stakeholders to support the efficient and safe operation of unmanned aircraft in future. At SITA, we have already demonstrated the benefits of DLT in tracking aircraft parts to sharing operational data at the airport. This is a natural extension of that work.”

“The Development of a UTM system using cross-cutting technologies: Distributed Ledgers and Artificial Intelligence” proposes a new governance framework that sets a series of rules for those stakeholders participating in a distributing ledger so that they can provide and receive data and services in a trustworthy environment. It also highlights the need for modernization of ATMs to allow for interoperability between UTM and ATM: making ATM and UTM information accessible to all relevant stakeholders.

Dr. Panagiotakopoulos continued, “We only have one way forward when it comes to delivering the transformation needed, and that is cross-sector collaboration. A common vision and communications are needed between the UTM service and digital infrastructure providers, Uncrewed Aerial Vehicle operators, physical infrastructure providers, ATM service providers, regulators, local and regional authorities, and all the stakeholders that might have some point of interaction with this new aviation ecosystem.

“Our report sets out the basis for a fundamental underpinning of a working system—a data-sharing and cybersecurity solution.”