Accelerating the Future of Hydrogen Energy with Machine Learning 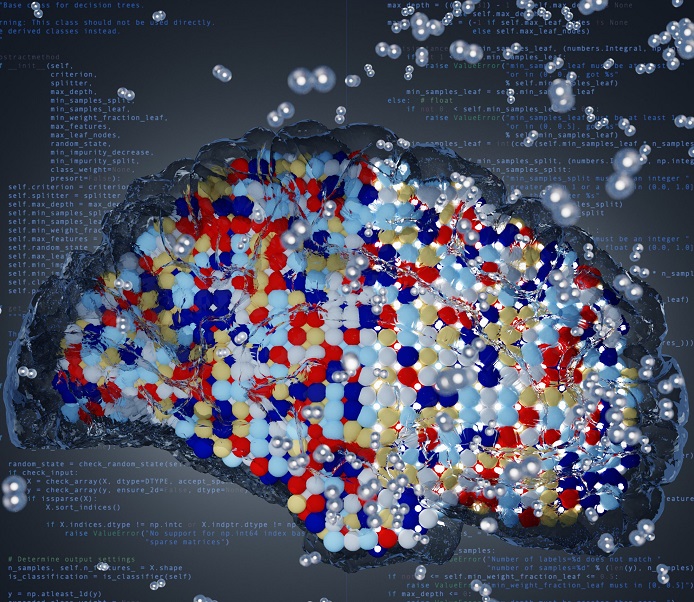 A Sandia National Laboratories team of materials scientists and computer scientists, with some international collaborators, have spent more than a year creating 12 new alloys—and modeling hundreds more—that demonstrate how machine learning can help accelerate the future of hydrogen energy by making it easier to create hydrogen infrastructure for consumers.

“There is a rich history in hydrogen storage research and a database of thermodynamic values describing hydrogen interactions with different materials,” Witman said. “With that existing database, an assortment of machine-learning and other computational tools, and state-of-the art experimental capabilities, we assembled an international collaboration group to join forces on this effort. We demonstrated that machine learning techniques could indeed model the physics and chemistry of complex phenomena which occur when hydrogen interacts with metals.”

Having a data-driven modeling capability to predict thermodynamic properties can rapidly increase the speed of research. In fact, once constructed and trained, such machine learning models only take seconds to execute and can therefore rapidly screen new chemical spaces: In this case, 600 materials that show promise for hydrogen storage and transmission.

“This was accomplished in only 18 months,” Allendorf said. “Without the machine learning, it could have taken several years. That’s big when you consider that historically it takes something like 20 years to take a material from lab discovery to commercialization.”

The team also found something else in their work—results that have dramatic implications for small-scale hydrogen generation at hydrogen fuel-cell filling stations.

“These high-entropy alloy hydrides could enable a natural cascade compression of hydrogen as it moves through the different materials,” Researcher said, adding that compressing hydrogen is traditionally done through a mechanical process.

He describes building a storage tank with multiple layers of these different alloys. As hydrogen is pumped into the tank, the first layer compresses the gas as it moves through the material. The second layer compresses it even further and so on through all of the layers of differing alloys, naturally making the hydrogen usable in motors that generate electricity.

Hydrogen produced under atmospheric conditions at sea level has a pressure of about 1 bar—the metric unit of pressure. For hydrogen to power a vehicle or some other engine from a fuel cell, it must be pressurized—compressed—to a much higher pressure. For example, hydrogen at a fuel-cell charging station must have a pressure of 800 bars or higher so that it can be dispensed as 700-bar hydrogen into fuel-cell hydrogen vehicles.

“As hydrogen moves through those layers, it gets more and more pressurized with no mechanical effort,” Stavila explained. “You could theoretically pump in 1 bar of hydrogen and get 800 bar out—the pressure needed for hydrogen charging stations.”

The team is still refining the model, but since the database is already public through the Department of Energy, once the method is better understood, using machine learning could lead to breakthroughs in a myriad of fields, including materials science, Agarwal said.