Semiconductors and the Indian Predicament 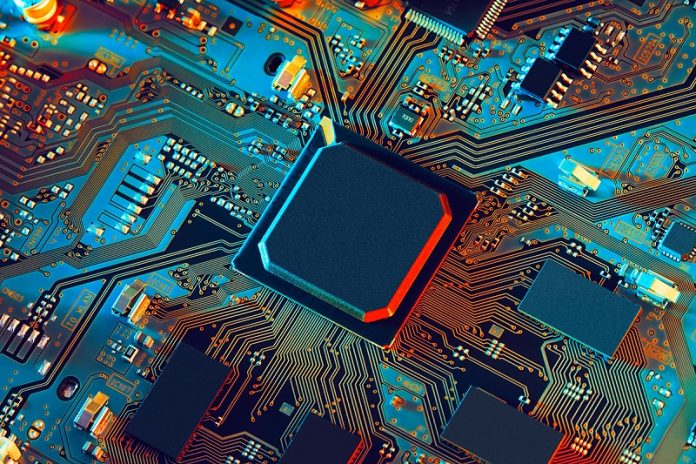 The omnipresence of semiconductors or chips is not a hidden fact. It literally is the modern-day penicillin to almost all technological devices. From smartphones to supercomputers, from IoT based applications to autonomous devices, from consumer appliances to high-tech military-grade weapons and technologies, semiconductors are the heart of every device that enables their functioning.

Furthermore, the perpetual growth and advances in the technological realm and the related industries has furthermore expanded the dependency on semiconductor research and escalated the economic value of its manufacturing capacity. It’s not an overstatement to say that semiconductors have powered the modern world.

According to the India Electronics and Semiconductor Association (IESA), semiconductors in India were consumed worth US$21 billion in 2019, growing at the rate of 15.1 per cent. Research and development in this industry, which includes electronic products and embedded systems, generated about US$2.5 billion in revenue.

Now, this scenario begs a very important question: why is there not even a single manufacturing unit of chips in India? This is major because of the crippling ecosystem and insufficiency of resources as compared to countries like China and Vietnam.

Semiconductor FAB units require a massive subscription of mammoth investments, enormous amounts of water for production, unceasing electricity supply, high operating costs, and the need for frequent technology replacement, ergo India’s contribution to this industry has only been limited to its technical competencies in R&D, design, etc. due to its talent pool in IT design and R&D engineers.

India has done well in design and verification for the semiconductor industry, with most of the global semiconductor companies having an R&D footprint in India, but 100% of our chips, memory and display are imported into the country. Just on semiconductor chips alone, we are probably looking at around $10-12 billion of imports this year at a minimum.

India may have to wait a while before bleeding-edge chips from companies such as Intel, TSMC, and Samsung are manufactured here. PVG Menon, President & CEO, VANN Consulting Pvt. Ltd. and former President, India Electronics & Semiconductor Association (IESA) says, “The past track record of the government does not inspire any confidence that the private sector partner will be treated well. When one or two attempts fail, one can blame the private sector, but when successive attempts fail, one has to start critically examining government policy.”

For now, the country’s journey in the semiconductor sector is more likely to start with assembly, testing, marking, and packaging (ATMP) and speciality fabs.

Industry experts say India will not chase high-tech semiconductors used in smartphones. Instead, it is intended for assembly, testing, marking, and packaging (ATMP) companies and companies that manufacture chips for automobiles and medical devices. ATMP majors reportedly talked with the government. The government also called for a statement of interest last year in semiconductor fabs with node sizes below 28 nm. Node size is a manufacturing process that affects the performance and efficiency of semiconductors.

India’s large mobile phone market has often been cited as the harbinger of a thriving semiconductor manufacturing base, but the lack of infrastructure and the absence of legacy in the business is keeping top players in the business away, according to industry experts.

“We recommended (to the government) that we need to really focus on the 28nm technology node,” said Rajeev Khushu, chairman of the India Electronics and Semiconductor Association (IESA). The “right first step” for the country would be to go with semiconductor ATMP companies, which generate more employment and require less investment than full-fledged fabs, he said.

IESA had also urged the government to start with speciality fabs, which play a key role in sectors such as power, electric vehicles, and medical devices, Khushu said. “The advantage with those speciality fabs is that it’s still a new thing and thus you are not far behind and can catch up,” he said. “ATMPs will take off first, followed by speciality fabs, and then the high-tech fabs,” he said.

India’s journey in Chip Making may start with ATMPs

The government may have received close to 20 expressions of interest (EoIs) for this technology, according to a top executive from a semiconductor firm operating in India.

The government has received EoIs from global players and would come up with “concrete schemes” for semiconductor manufacturing in India in six months, Ajay Prakash Sawhney, secretary, ministry of electronics and information technology, had said at an industry event in May.

The Tata group and the Vedanta group have reportedly been in talks to enter the space, though Vedanta may set up a display fabrication plant instead of a semiconductor plant. “Big names” in India have started recruiting talent for semiconductor ATMP, while others have started reaching out to global players to explore joint ventures, the executive quoted above said.

However, the biggest semiconductor firms in the world are not considering India at all, experts said. “India has been trying to bring chip manufacturers into the country for a number of years, to reduce reliance on imports and to have trusted partners for critical applications. But it always has been and still continues to be difficult to attract multinational companies to set up chip fabrication units in India,” said Gaurav Gupta, Research Vice President at Gartner.

The capital investment for this is very high and companies want to ensure they have the right support, Gupta said. “The government could support (such initiatives) by providing funds and subsidies, but the infrastructure is a big problem. You need a 24-hour supply of power, water supply, and the surrounding ecosystem of equipment players and materials,” he said. “Companies are very hesitant to go ahead with that sort of a big investment in India,” he said.

Bleeding edge chips, of the kind, that Intel, TSMC, Samsung, and others make, require investments of $15-20 billion, according to Gupta. Even other chips could require investments of $5-7 billion. “Though the government could support it to some extent, the rest of the infrastructure is very hard to set up. You also need very consistent policies,” he said.

The second wave of covid infections has also deterred multinational corporations from making big investments, as it has “exposed the country’s health infrastructure”, he said.

Companies such as TSMC and Samsung have progressed to 3nm technology nodes, leaving 28nm nodes far behind. In semiconductor manufacturing, the technology node refers to the chip’s design rules and manufacturing process and is directly related to the amount of power and efficiency a chip can deliver.

“They are trying to break down the components so that they can be assembled here,” said Parv Sharma, research analyst at Counterpoint Research. “A lot of investment needs to be done in the space. It’s not a 5-10-year time span, it’s a 15–20-year period,” he said. The country can look at smaller components, such as battery cell packaging and grow slowly from there, Sharma said.

IESA is also in the process of submitting a report to the government recommending that India should try to become a raw material supplier to the global semiconductor industry, Khushu said. “Semiconductors are no longer just nice to have. It has become more strategic. There are many countries that are trying to control the supply chain. They want to be self-sufficient at least in some areas, such as defence,” he said.

While there has been no such official announcement from the government, a report for Reuters points out that India is willing to provide $ 1 billion to each semiconductor company starting up in India. In May, Ajay Prakash Sawhney, secretary of the Ministry of Electronics and Information Technology, said the government would announce a “concrete plan” within six months.

Chip manufacturing plants can have an overall impact on a country’s gross domestic product (GDP). They could significantly reduce a country’s import bills and add billions to GDP. Manufacturing units requires a massive amount of workforce, hence it will naturally uplift employment.

Furthermore, semiconductor manufacturing has strategic advantages as there will be less dependency on imports for essential infrastructure like defence and power.