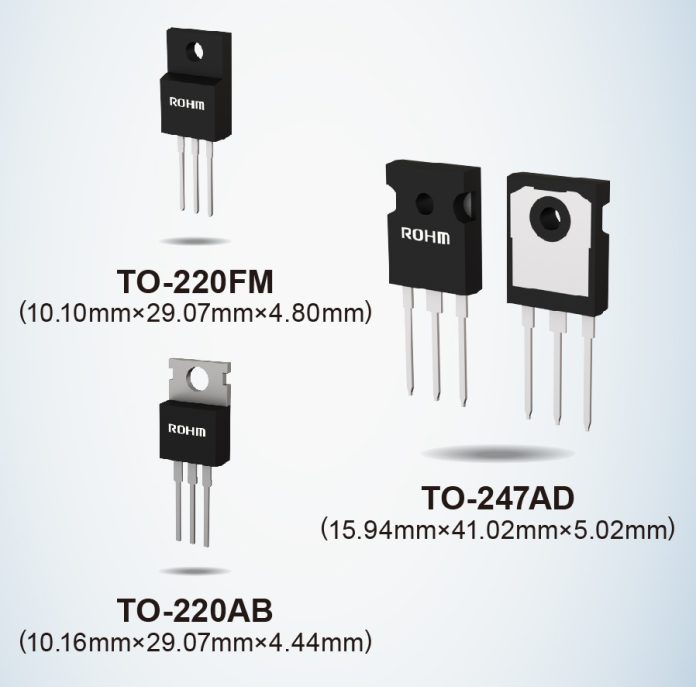 ROHM has added seven new devices, the R60xxVNx series, to its PrestoMOS lineup of 600V Super Junction MOSFETs which stand out for their class-leading low ON resistance and the industry’s fastest reverse recovery time (trr). The R60xxVNx series is optimized for power circuits in industrial equipment requiring high power, such as servers, EV charging, and base stations, as well as motor drives in white goods that are increasingly using inverters to meet the trend towards greater energy savings.

In recent years, as power consumption has increased worldwide along with the need for a more effective use of power, industrial equipment such as servers, EV/base stations, air conditioners, and other home appliances have become more energy efficient, demanding power semiconductors to further reduce power loss. In response, ROHM expanded its existing PrestoMOSTM lineup with new devices that contribute to even lower application power consumption by offering lower ON resistance than standard products. 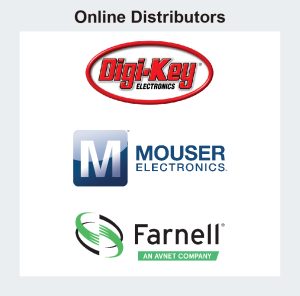 The new R60xxVNx series adopts the latest proprietary processes to achieve the industry’s fastest reverse recovery time while reducing ON resistance (which is in a trade-off relationship) by up to 20% compared to equivalent products.

At the same time, two even lower ON resistance models have been added to the R60xxYNx series of standard low ON resistance 600V Super Junction MOSFETs. This enables users to select the ideal product based on application requirements.

Going forward, ROHM will continue to expand its lineup to include new Super Junction MOSFETs featuring even lower noise performance that contributes to solving social issues (i.e. preserving the environment) by reducing power consumption in a wider range of applications.

ROHM’s R60xxVNx series of PrestoMOS 600V Super Junction MOSFETs utilizes the latest processes to reduce ON resistance per unit area. Despite the difficulty in reducing ON resistance given the trade-off relationship with reverse recovery time, up to 20% lower ON resistance has been achieved compared to equivalent standard products (TO-220FM package), contributing to even lower power consumption in various applications.

Generally, when miniaturizing processes, basic performance such as ON resistance is improved while reverse recovery time deteriorates. In contrast, ROHM’s R60xxVNx series utilizes proprietary high-speed technology to achieve the industry’s fastest recovery time of 105ns while maintaining lower ON resistance compared to equivalent TO-220FM package products. Eliminating wasted current reduces power loss during switching by approximately 17% over standard products. Furthermore, standard types such as the R60xxYNx series are offered that feature trr in the 300 to 400ns range at the same ON resistance.

Thanks to these two features, the R60xxVNx 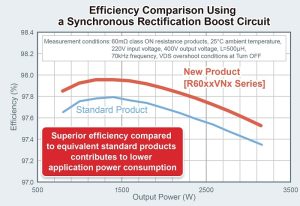 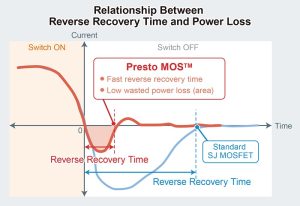 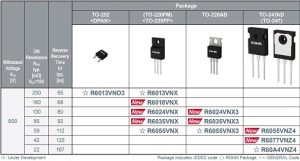 ■ White goods such as air conditioners

*PrestoMOS is a trademark of ROHM

Availability: In mass production. These new products are now available for purchase through online distributors Digi-Key, Mouser, and Farnell.

The time the built-in diode needs to switch from the ON state to completely OFF. The lower this value, the smaller the loss during switching.

The resistance value between the Drain and Source while the MOSFET is ON. The smaller this value, the lower the (power) loss during conduction.

A boost circuit typically comprised of a MOSFET and diode in which the diode is replaced by a MOSFET to improve efficiency. A higher efficiency is achieved since the loss due to the ON resistance of the MOSFET is lower than the power loss resulting from the VF of the diode.