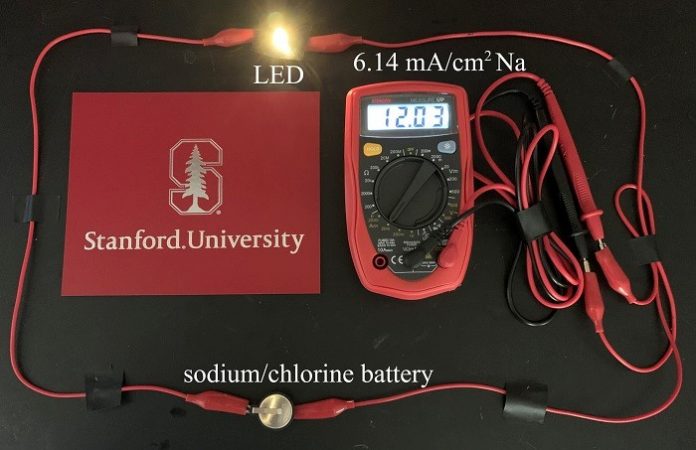 An international team of researchers led by Stanford University has developed rechargeable batteries that can store up to six times more charge than ones that are currently commercially available.

This could accelerate the use of rechargeable batteries and puts battery researchers one step closer toward achieving two top stated goals of their field: creating a high-performance rechargeable battery that could enable cellphones to be charged only once a week instead of daily and electric vehicles that can travel six times farther without a recharge.

When electrons travel from one side of a rechargeable battery to the other, recharging reverts the chemistry back to its original state to await another use. Non-rechargeable batteries have no such luck. Once drained, their chemistry cannot be restored.

“A rechargeable battery is a bit like a rocking chair. It tips in one direction, but then rocks back when you add electricity,” Dai explained. “What we have here is a high-rocking rocking chair.”

The reason no one had yet created a high-performance rechargeable sodium-chlorine or lithium-chlorine battery is that chlorine is too reactive and challenging to convert back to chloride with high efficiency. In the few cases where others were able to achieve a certain degree of rechargeability, the battery performance proved poor.

In fact, Dai and Zhu did not set out to create rechargeable sodium and lithium-chlorine battery at all, but merely to improve their existing battery technologies using thionyl chloride. This chemical is one of the main ingredients of lithium-thionyl chloride batteries, which are a popular type of single-use battery first invented in the 1970s.

But in one of their early experiments involving chlorine and sodium chloride, the Stanford researchers noticed that the conversion of one chemical to another had somehow stabilized,