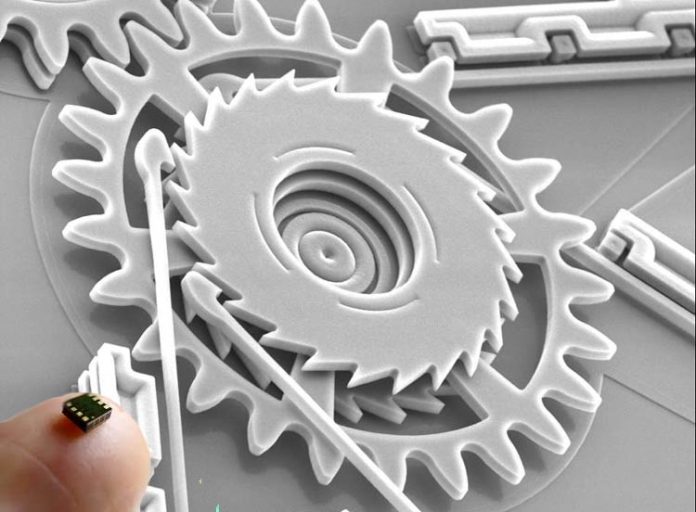 The increasing popularity of IoT in semiconductors, increasing demand for smart consumer electronics and wearable devices, and growing adoption of automation in industries and homes are significant factors for growth of the MEMS market. The global MEMS market is expected to reach $18.88 billion by 2026 from $ 10.92 billion in 2020.

MEMS devices have found different applications in various fields like Biomedical, optical, wireless, aerospace and consumer’s products as well. MEMS has been a major use in the covid times too as its pressure sensors are used in respiratory monitoring in ventilators to monitor the patient’s breathing. Other than medical equipment, MEMS is useful in every small device that consists of tiny integrated devices or systems that combine mechanical and electrical components.

The changing of MEMS devices from high-volume commodities or low-volume, to highly specialized devices

The first lower volume offering for MEMS was a pressure sensor from Novasensor, a product of Dr. Kurt Peterson’s efforts several decades ago. This application has persisted for decades. Higher volume offerings have been put forward several years ago in the 80’s/90’s. They have now become mainstay offerings in most cell phones and have driven volumes significantly. Furthermore, Texas Instruments have been working massively paralleled surface-MEMS arrays for display applications with reasonable volumes for 25 years. It is true that there has been a shift from specialized devices, and consequentially generally lower volumes, to those that have several million units sold every year. It has been principally driven by the need for hand-held devices and the propagation of content visualization.

Going forward, there will likely be further adaptation of next generation of inertial sensor platforms to provide dead-reckoning capabilities for enhancement of GPS coordination in signal challenged environments. A similarly continued adoption of projection technology to adjacent spaces and needs are also anticipated.

The impact of MEMS Devices on safety-critical market and issues like packaging, die shift and variation

There is a cost associated with safety-critical and generally for automotive grade MEMS capabilities.  This additional attention to detail and quantifiable specifications has an impact on the cost of devices that various tiered automotive suppliers must pass on to their customers.

Ultimately, it becomes a situation of the cost of doing business and the need for suppliers to differentiate their product portfolio for automotive, away from consumer grade offerings.

Manufacturing discipline is an always present battle.  Many MEMS suppliers are forced to utilize external manufacturing houses for production, and this can be a complex process as they do not receive sufficient attention from suppliers and standard manufacturing tolerance requirements.  For those producers that have their own manufacturing line, they can control their product with greater accuracy.

Many producers utilize a very similar quadrature sensing paradigm to detect linear acceleration or rotation (gyro).  This places producers in a situation of diminished margins and allows the goal to expand capabilities in order to differentiate their product offering over competitors.

The ultimate goal is to be able to generate an inertial sensor platform that will augment capabilities with the positional accuracy of a standard GPS. It will provide an upward 5 minutes of positional accuracy within a 1 cubic foot volume.  This will likely require a different signal transduction mechanism for the inertial system and novel paths for this are being worked on by several startups, as well as larger corporations.

Electrical and mechanical drift and interference considerations are obviously important in any multi-system embodiment (multi-chip module), and it will ultimately be the end solution.  Material science considerations are a requirement in development cycle of devices. However, while in some spaces this is currently occurring, in others it is visibly lacking traction.

Issues of heterogeneous packaging affects the stress, potential thermal mismatch & material purity of MEMS and the changes in the existing market

Generally, it represents a parasitic action to the ultimate goal of the MEMS device.  The second ‘M’ in MEMS stands for mechanical and this is notorious to being susceptible to drift considerations from various paths.  This includes the packaging foundation and mismatches in materials necessary for transduction of signals.

Packaging is not often given the importance that it is due in MEMS development efforts.  Often this results in the failure of technology development processes including those with a successful base sensor or actuator. The ever-present push for specifications on dimensions and temperature range will continue to improve the level of packaging sophistication for MEMS in the foreseeable future.

For example, in the field of clocking, this is a very significant consideration and is a primary specification driven by suppliers.  Stability can be influenced by many factors that can create a complicated matrix of possibilities that one needs to understand, for product success.

Dead reckoning positional accuracy is an exciting possibility for cell phones, product delivery and for several development houses. This is being influenced by the desire to augment accuracy and signal strength, for example, in a warehouse or building without adequate GPS coverage. This will result in a substantial change with respect to how we procure goods and services in our society.

Sensor systems with biomimetic capabilities to provide a grid of chemical and/or physical sensing within the internet of everything appears to be another possibility.  Today, we have IP addresses for appliances that need to be around remote system diagnostics over the internet.

Uses and Issues of RF MEMS switches in the new era

The ability to switch between low and high-power RF is an important one in such directions as software definable radio, as well as RF antenna adaptation. The opportunity with RF-MEMS offers the ability to do such switching with substantial improvements in efficiency and form-factor. This type of switching can be done with contact MEMS devices that form and break mechanical contacts in banks.

One of the complications that arise here is that although the amount of RF power being switched is small, it is dealing with something that ultimately has an nm dimension of contact. Therefore, it is prone to welding effects that can fuse the switch shut.  This ultimately is a materials problem that might be assisted by a systems solution to hold up the power switching until a known good mechanical contact is present.

The opportunities here are enormous! The utilization of standard semiconductor manufacturing capabilities to further reduce the dimensionality of MEMS allows incremental gains in performance and offers the promise of opening up new realms of impact.

Today, we are in an age of quantum computation and the abilities to look for quantum switching capabilities will be a trending topic from academics to start-ups over the next few years.  The internet of things (IoT) paradigm will also drive substantial innovation for sensors and sensor systems, and how they are nested together to provide collective signatures.  Taking advantage of non-linear transduction in MEMS will provide elevated levels of sensitivities of devices that otherwise would not be present.  All of these will offer many possibilities for robotics and artificial intelligence requirements that are rapidly ramping up.