India Will Play Leadership Role in Area of Renewable Energy 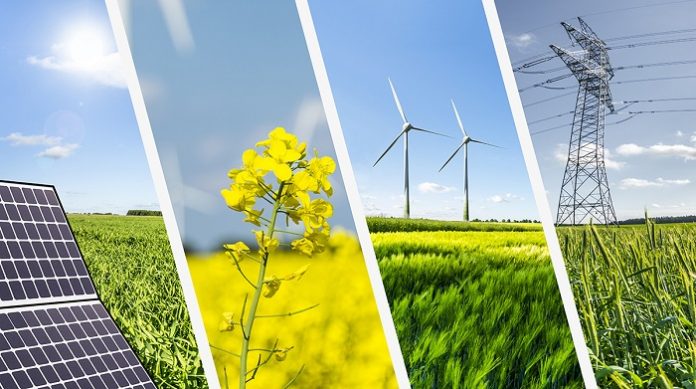 Union minister Piyush Goyal on Friday said that India will play a leadership role in the area of renewable energy in the years to come. While addressing the valedictory session of the second edition of ‘Aatmanirbhar Bharat- Self-Reliance for Renewable Energy manufacturing’, he stated that from the hydro-power in the initial stages, we are already looking at the future & have started engaging in hydrogen technologies.
A Hydrogen Energy Mission in 2021-22 for generating hydrogen from green power sources has been launched, he added.
He mentioned that ‘LED (light-emitting diode) Mission (lights)’ have saved the country billions of dollars in electricity bills. “As a nation, it brought down our carbon emissions by over 120 million tonnes every year,” he said.
Goyal also urged automobile users to go for electric cars and recharge their batteries using renewable energy or solar energy during day hours. “We are looking at a big rollout of charging stations across gas stations in the country,” said the ministry.
He further said that battery technologies are going to be very important for our sustainability mission and for renewable energy to progress more, and we are investing heavily in batteries now.
The minister projected that by 2023-24, India is going to be 20% blending ethanol in petrol products “with an ultimate target to run vehicles that can take up to 100% ethanol.”
“Our idea is to make India conscious of its electricity needs being met in a more sustainable fashion & balancing the cost of electricity in such a manner that our developmental goals do not get affected. From an overall renewable energy target of 175 GW by 2022, India is now looking at 450 GW by 2030,”