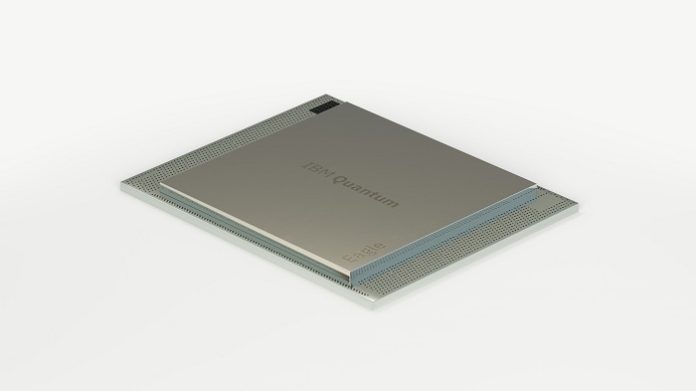 IBM has announced the development of a 127-qubit quantum processor. As part of its announcement, IBM also announced that computers running the new processor will be made available to IBM Quantum Network members and that the company has plans for launching two other, presumably more powerful processors it has named Osprey and Condor over the next two years. The current processor has been named Eagle.

Over the past decade, several big-name technology companies have been working hard to develop a truly functional and useful quantum computer. Such efforts have fallen into two main camps—those attempting to create a quantum computer using entangled photons and those using superconducting materials. The processors announced by IBM are all based on superconducting materials.

The announcement by IBM marks a record for superconducting quantum computers—the prior record for a number of qubits was 64. The new mark of 127 suggests a massive increase in computing power, though IBM has yet to make public any data regarding the performance of its new machines. But that has not stopped the company from claiming that it has created the world’s largest superconductor-based quantum computer. Representatives for the company have also claimed that the Eagle is the first processor that cannot be simulated on a traditional supercomputer. They herald its development as a major step toward the development and use of quantum computers that will be able to not only outperform classical computers but tackle some problems that would take traditional computers thousands of years to process.

The Eagle processor was built using a new technique—one that has qubit control components placed in a multiple physical layer architecture, with the qubits held in a separate layer. IBM says such an arrangement helps with stability. The company also says the same design will be used for both Osprey and Condor—the former will have 433 qubits and the latter 1121. The company is also suggesting that with the delivery of Condor, in 2023, the company will be delivering a machine with quantum advantage.