Endless Possibilities with Next Generation of Wearable Technology 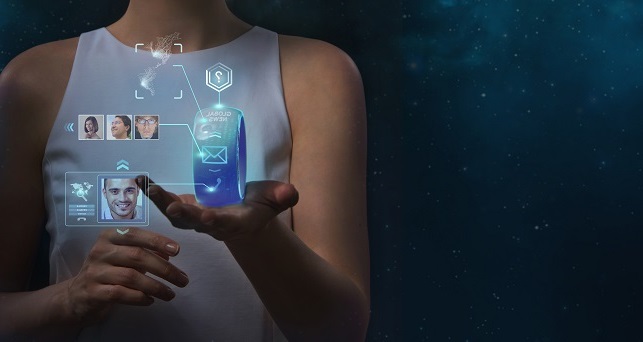 Integrating Machines and technology with the human body in one way or the other has always been a very significant thing to chase for scientists and engineers since the inception of the first electronic device. From that ideation, we have taken giant strides as a civilization and turned something which was science-fiction in a not so distant past into reality; wearable technology.

Chris Dancy, on any given day, is wearing 20 or 30 wearable sensors. They are connected to his body, to his house, and even his dog. When he was being interviewed, he started talking about his childhood, and he got very emotional. And at that moment all the lights in his house started flickering.

While Fitbit and smartwatches have become mainstream, other wearable tech like smart glasses, smart shoes and clothing are still finding their way to penetrate the market. These wearable technologies present more of a challenge on the designing part but deliver a lot of opportunities too. But the ultimate goal for many is to embed smarts into the clothing itself or items placed directly on the skin. In addition to sensors, this could include everything from actuators, colour-changing surfaces, or the application of pressure for better posture, to the regulation of medicines and much more.

Wearables have attracted a lot of attention recently, due to both their successes as well as failures. They bring together requirements for packaging, new substrates, power scavenging, Microcontroller, novel connectivity, flexibility, durability, as well as fashion.

While some of the challenges remain formidable, the long-term potential is driving the industry to look at what is possible. Wearable devices have dominated the current market of electronics worldwide.

ELE Times: What are some of the best Low-power products and solutions for possible applications that are being offered by your company?

Jaya Bindra: Low power is a critical requirement for battery-powered, modern smart connected applications. We have a whole range of low-power products and technologies which are tailor-made to support/ design battery-operated applications. For compute capability, we have the PSoC 6 Dual-core Microcontroller (MCU) family that is built on an ultra-low-power 40-nm architecture with a 22 µA/MHz Cortex-M4 and a 15 uA/MHz Cortex-M0+. To enable connectivity on these products, we have our ultra-low-power 28-nm AIROC Wi-Fi/ Bluetooth combo radios. We are the world leader in Touch sensing user interface and CAPSENSE technology, and a portfolio of low-power enabled devices to add touch HMI to these products. To top it, we also have our low-power XENSIV sensor series that can help enable a device to sense the environment. The combination of these products enables a large number of solutions for modern, smart connected Internet of Things (IoT), smart home applications wherein battery size and power consumption become key requirements. In addition, we will keep investing in newer technology nodes such as 22nm which give us a lower power signature while also reducing size and cost.

ELE Times: What challenges according to you is the wearable industry currently facing?

Jaya Bindra: The biggest challenge we face today is to build on the capacity to pack more features in a small form factor with longer battery life at an affordable price. And then, with wearable devices handling sensitive data, security is fast becoming a big challenge as well.

Wearable devices must communicate and low power wireless communication is another challenge because of the Radio power requirements. As the design cycles are much smaller, the concept to production time is in weeks. Here, system/ solution level software enablement will allow for improved time to market.

Being flexible and adaptable is extremely significant in the field of IoT including wearables. With the existence of various cloud services and platforms, OEMs need to be flexible and adapt to the next big thing. As a result, the software ecosystem also needs to be flexible enough to adapt to various IoT platforms. The need of the hour is to have an intuitive software (SW) platform that can make life easier for IoT designers by offering a rich user experience with an easy-to-use development platform that hides the underlying complexities an IoT architecture demands. These SW platforms also provide flexibility to advanced developers to customize most of the design aspects of an IoT system. This is achieved through active and seamless integration of embedded processors and connectivity devices both in hardware and software stacks. This integration of MCU and wireless devices is the foundation of a compact, ultra-low power and powerful system that caters to the needs of the booming/ growing IoT market. For example, ModusToolbox is a complete development system for embedded and IoT applications. It provides all the GUI-based tools, firmware, middleware, APIs and documentation for IoT developers. With Board Support Packages (BSPs), Middleware libraries and Template Applications available on GitHub, one can access them directly. In addition, a project created in ModusToolbox can be exported to other IDEs such as IAR Embedded Workbench, Arm Microcontroller Development Kit, and Microsoft Visual Studio Code, and further development continued in those IDEs along with building the project with the help of user-preferred compiler toolchains like GCC, ARM, IAR etc.

Rahul Todi: In the watches and tracker space, we see that the fitness tracker segment is saturating while the watches segment is expected to grow at a healthy rate in the coming years. The trend in the majority of the wearable makers is to have better UI and bigger displays, more fitness & healthcare functionalities like the flagship smartwatches while having better battery lifetime and cost compared to them. This requirement is pushing the boundaries and design choices being made while developing the heart of the wearable system, i.e. the MCU and connectivity. We at Renesas recognize this challenge and are tailoring our products to meet the end product demand. DA1469x with its Sensor node controller and power rail architecture is making sure that the wearable product has longer battery life and with its USB changer, power management integration makes sure that it is low cost at the same time.

There are these other products in wearables like rings and other apparel which have different challenges. Their challenge is more on the packaging side like packaging all the electronics in a small form factor like a ring or making flexible electronic possible for apparel.

ELE Times: What would be the next big thing for the wearable industry that you can anticipate from your standpoint?

Jaya Bindra: The possibilities are endless. With Matter release around the corner, the quickest next big thing for a wearable is to embrace Matter and integrate deeper into the Smart Home ecosystem like controlling your Door lock from your watch, locating a user and customising home/ room settings based on the user’s wearable and so on.

Another segment would be Augmented Reality (AR) / Virtual Reality (VR) where a lot of the low-power tech would overlap but the customer experience would dominate.

Rahul Todi: We would anticipate the next big thing for wearables would be in the area of health parameter monitoring and the whole ecosystem around it. All these would not only be enabled from the low power processing but would also pose strict requirements in terms of security as well.

We also see that other form factor designs like rings slowly picking up slowly by various wearable manufacturers.

ELE Times: What are some of the current innovative use cases of Low- power high-performance wearables?

Jaya Bindra: The way I see it, there are some existential requirements for the wearable industry in terms of technology features like low power, and smaller size, among others. But there is a certain technological threshold we will breach on these in the near future since every technology leader is invested in solving these problems. Once this threshold is breached, suddenly you have created a technology framework/platform; standing on that podium, the use cases and the possibilities would look infinite. One other aspect will involve Data – how personal biometric data is handled and used. Examples are smartwatches and smart rings that constantly create a data bank as per your usage and curate your tech usage based on your general state of being. Now that is a general wearable trend. In addition, some of the tech trends that enable these wearables will also enable other critical segments like medical wearables for diagnostics and drug administration. The days of real-time body diagnostics are not that far off.

Also, there is a growing interest in converging on standard implementations for wider interoperability. Examples like Matter are on the uptick. This trend will also lead to the expansion of the technology trend of wearables from just being a personal wellness device to a general lifestyle curator.

Rahul Todi: Some of the innovative use cases we see are in the field of healthcare, localization and audio. Functionalities like body composition, heart rate irregularities, and stress monitoring are becoming popular and getting incorporated into wearable products. For Audio, we see keyword and command spotting on the edge itself becoming mainstream. For localization, we have seen use cases like access control and covid monitoring also being incorporated. All such use cases can also be supported by our DA1469x family. We also have our own ranging protocol, WiRa running on DA1469x that can support localization use cases.

ELE Times: As ultra-low-cost microprocessors become commercially viable, what are the possible future use cases you anticipate in the wearable industry?

Jaya Bindra: While cost is a driving factor, I believe low power is a more critical factor for growth in the wearable space. But as low-power MCU/MPUs become commoditized and cost-driven lower, it opens possibilities across the board. Segments from fitness watches, smart rings, medical wearables, portable medical devices and pretty much anything that runs on a battery will benefit from this uptick. Low-power wireless communication will continue to be a challenge. Also, as the cost is driven lower on each IoT node, it will open up the avenue for use case growth in terms of how many wearable sensor nodes can be part of the ecosystem. Also, new advents into low cost and low power AI/ML hardware will also push more localized intelligence on the nodes at lower costs. More autonomous and self-sufficient wearable devices are a consequence.

Rahul Todi: With low-cost processing, we anticipate that use cases enabled by machine learning on the edge will take momentum. Example use cases are under the healthcare and audio category.

We also anticipate major advancements in the UI and displays as low-cost processing become commercially viable. We anticipate the watches will see a similar trend for displays and UIs like smartphones.