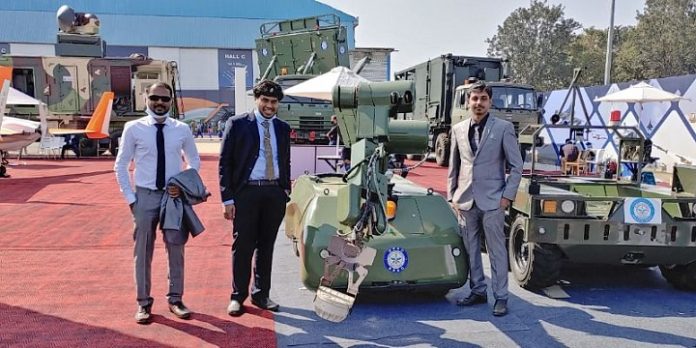 The Indian government has been calling for innovators to leverage technology to build solutions for the defence sector. Earlier in February, at an industry event, Defence Minister Rajnath Singh revealed that the government is aiming to bring down defence imports by at least $2 billion by 2022.

Co-founder and Director Vignesh M said that the trio opted out of campus placements and decided to get into defence robotics solutions.

“It was the same time when India and the Indian Armed Forces suffered its worst loss in 20 years when four heavily armed terrorists launched a grenade attack at a camp in Uri on September 18, 2016. This was our eureka moment and we decided to develop Unmanned Systems to aid and safeguard the lives of our Indian Armed Forces,” he says.

Torus was launched exactly three years after the Uri attack — post rigorous research and multiple interactions with the Indian Armed forces to understand their requirements.