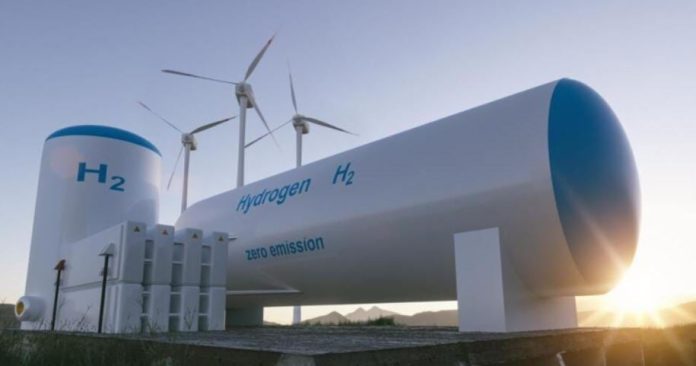 One of the world’s biggest climate challenges is decarbonizing fossil energy uses that cannot be directly electrified using renewable power. Among so-called “hard-to-abate” (HTA) sectors are major industries that rely on fossil fuels, either for high-temperature energy or for chemical feedstocks. These include iron and steel, cement, chemicals, and building materials, together responsible for approximately 30% of the world’s annual CO2 emissions.

Another HTA sector is heavy-duty transportation such as trucking and shipping, which is harder to electrify than passenger transport because it would require enormous batteries that add to vehicle weight and take a long time to charge.

As countries examine pathways towards decarbonization, relatively wealthy ones like the U.S. and much of Europe are pursuing strategies focused on renewable power generation and electric vehicles. China faces significantly different challenges due to a distinctive carbon emission profile resulting from the much larger roles that HTA heavy industries play in its economy.

By far the largest producer of iron, steel, cement, and building materials—can potentially utilize clean hydrogen (“green” and “blue” hydrogen) to decarbonize HTA sectors and aid in achieving its 2030 and 2060 decarbonization pledges. Green hydrogen is made by splitting water molecules—H2O—using renewable electricity, while blue hydrogen is produced conventionally, from fossil fuels, but combined with carbon capture and storage.

The new paper from the Harvard-China Project on Energy, Economy and Environment, a U.S.-China collaborative research program based at the Harvard John A. Paulson School of Engineering and Applied Sciences, is the first study to date that uses an integrated modeling approach to evaluate the potential use of clean hydrogen across China’s energy system and economy, in order to meet its 2060 net-zero target.

“Filling this research gap will help draw a clearer roadmap for China’s CO2 emission reductions,” explains the lead researcher of the paper Xi Yang, a researcher at the Harvard-China Project. “Our goal with this study was to envision a role for clean hydrogen in China’s energy economy, which can then provide a reference for other developing economies with large heavy industrial and transportation sectors.”

To analyze the cost-effectiveness and role of clean hydrogen across China’s entire economy—with an emphasis on the under-researched HTA sectors—the team built a model of an integrated energy system that includes supply and demand across sectors. Results show that a widespread application of clean hydrogen in HTA sectors can help China achieve carbon neutrality cost-effectively compared to a scenario without clean hydrogen production and use. Clean hydrogen can save $1.72 trillion in investment costs and avoid a 0.13% loss in the aggregate GDP (2020-2060) compared to a pathway without it.

The researchers also examined the type of clean hydrogen—green or blue—that would be most cost-effective. Their study indicates that the average cost of China’s green hydrogen can be reduced to $2/kg of hydrogen by 2037 and $1.2/kg by 2050 when it will be much more cost-effective than blue hydrogen ($1.9/kg).

“China has rich untapped resources of solar and wind energy, both onshore and offshore,” explains Chris P. Nielsen, co-author of the paper and Executive Director of the Harvard-China Project. “These resources give China advantages towards developing green hydrogen for use in its industrial and transportation sectors.”

And while decarbonizing such hard-to-abate sectors is critical to climate action, it may have additional benefits. New markets for green hydrogen could also help the power system transition to renewable sources. Nielsen explains that green hydrogen production would do this by providing a comparatively flexible form of electricity demand that need not be met instantaneously, like most electricity loads. Instead, it can often be scheduled, at least within short time frames. Such demand flexibility is valuable to grid managers, helping them to accommodate the inherent variability of renewable power sources as they are affected by changing meteorological conditions.